The Copperbelt Energy Corporation Plc (CEC) has equipped Kanyikezhi rural health post with a fully-fitted emergency vehicle to be used as an ambulance. The health post, located in Kanyikezhi Village of Mwinilung’a District, is the first health facility to serve this community of 2,600 people and was commissioned 7 months ago with the support of CEC.

Assembled at a cost of K100,000, the emergency vehicle is equipped with the requisite medical amenities, such as a patient bed and an oxygen cylinder. The ambulance is expected to not only ease the movement of critically ill patients but also to contribute to lowering the incidence of mortality occasioned by either the long wait for and transit during emergency evacuation to the nearest hospital 120 kilometres away, which takes at least 5 hours to access.

Mwinilung’a District Health Director, Dr. Brian Mwachisowa, divulged that Kanyikezhi Village had been a maternal and child mortality hotspot owing, in part, to its relatively young population and a female folk of child-bearing age, exacerbated by the unavailability of easily accessible health care services.

Representing the Company at the handover event, Head – Projects and Support Services, Mr. Benny Simukoko, said: “Looking back, we are pleased that what began with the facilitation of periodic health outreach programmes in 2014, in collaboration with the Ministry of Health and the support of the traditional leadership, culminated in the establishment of a health post, which is now being further resourced with an emergency vehicle.”

The vehicle was presented to the community on 1 May 2021 in Kanyikezhi village.

Mwinilunga District Commissioner, Mr. Arnold Mapulanga hailed CEC for its consistent contribution to the improvement of health care services in the village, stating that the vehicle would contribute to saving lives in cases of emergency by aiding a resource-constrained community, that had previously relied on scarce public transport resources at own cost, to now access health care at no cost to them.

Senior Chief Sailung’a, who graced the occasion, implored the Government to provide CEC with the necessary support required to progress its Kabompo Gorge hydroelectric power project to full scale implementation.

He stressed that the project held immense economic benefits for his area, including employment creation and availability of reliable power supply that could potentially improve delivery of social services such as health care. 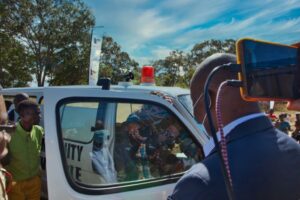 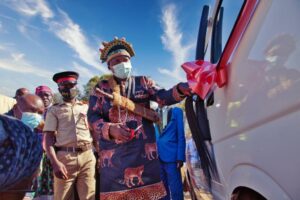 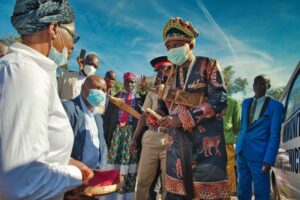 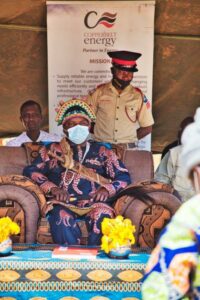 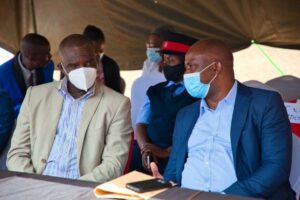 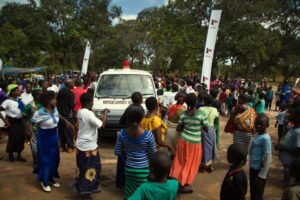