Nothing beats the roar of the crowd when the ball hits the back of the net. It is a sound so unique that it sets the blood boiling. The ecstasy, the look of elation on fans’ faces and the joy that goes around the terraces is a priceless emotion.

Over the years, players have set the crowds alight at the Arthur Davies Stadium, their names living on decades after they hung up their boots. Today, fifty years after the formation of Power Dynamos Football Club, there are fans who have, for decades, religiously sat in those terraces week in, week out, bearing testament to the legendary players whose skills have etched their names in the Club’s history.

The Club’s meteoric rise through the ranks of Zambian football was nothing short of a miracle. Power Dynamos set new standards, broke new records and created history. This was an achievement of herculean proportions. This is the measure by which the Club’s followers judge its performance and expect to be continually maintained. Nothing less than success is demanded. It is no easy task and that has given the executive committee sleepless nights for many decades.

In order to select a fan’s best eleven line-up, it has been necessary to engage those who have continually watched the team over many decades. They must have witnessed the team in action throughout most of the period, from their rise to the first division, into the era of the premier league, to date.

Brian Chishimba is one such fan who grew up watching his heroes and the young lads he watches today as they seek to return the Club to the heights of yesteryear. His best-ever Power Dynamos team is a reflection of what the team was at its greatest, striking fear across the continent and staking its claim as a genuine African football giant: 1. Ken Mwape, 2. Peter Chola, 3. Edwin Kanyanta, 4. Robert Watiyakeni, 5. Michael Musonda, 6. Aggrey Chiyangi, 7. Lucky Msiska, 8. Linos Makwaza, 9. Alex Chola, 10. Wisdom Chansa, 11. Peter Kaumba. 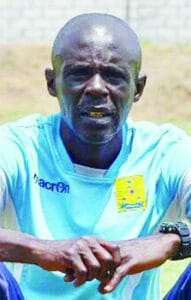 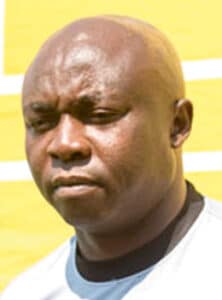 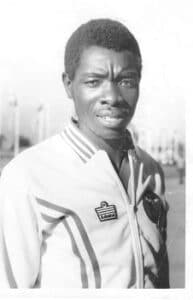 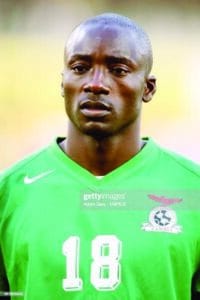 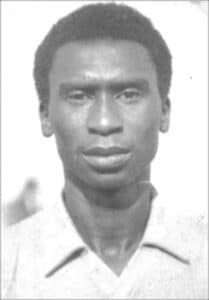 The balance inevitably tilts towards the players who made their mark in the eighties and early nineties, a result of the processes that they went through to get to the top of their game. Continuous training in communities and schools at an early age and on any grass patch where much of it could be played gave Zambian football its greatest generation of players. At club level,

several layers of youth development teams shaped the players into the stars they would later become. A conveyor belt of developmental structures churned out complete, talented and polished players.

Later generations have not had this level of refinement and it reflects in the dearth of recent and current players in the selection. Despite the focus on players who dominated the scene during the wonderful days of African continental titles and league championships, other players have electrified the Arthur Davies Stadium outside of this period.

Kellies ‘Paymaster’ Mwaba was a goal scoring genius whose feats in front of the goal gave the Club several league titles during his time at Power Dynamos. He was among the Power Dynamos players who got little chance to show his prowess at the national team, perhaps unfairly. Joseph Sitali was also a little magician who weaved his way into the hearts of the Club’s fans. He was heavily inspirational and instrumental in the team winning its sixth league title. Wearing the captain’s armband, he led from the front leading one of the most exciting crop of players in recent times.

Billy Mwanza was rock-solid in defence in the early-2000s. For both club and country, he marshalled the defence magnificently. The roar of his name around the stadium, something unheard of since the departure of Wisdom Chansa, placed him at the top of players of that era admired by the fans. He later left to join Nkana after a spell in South Africa but remains close to the hearts of the Power Dynamos faithful.

Kennedy Mudenda, the speedy winger was also ranked among the best of his generation. Spending a full decade at Arthur Davies Stadium, his loyalty has even rewarded him a place on the coaching staff at the Club’s academy, Young Power. And latterly, Alex Ng’onga, whose recent turbulent time at Power Dynamos gave an indication of how much he was adored by the fans when he was out of favour during the reign of Perry Mutapa.

They have all attained cult hero status during their time and left an indelible mark at the Club. Their determination, endless energy and will to win saw them impose their authority on the game at Power Dynamos and leave with their reputations intact and to win the adoration of the Club. It is on the back of such performance that the foundation of the next fifty years will be built and that the return of Power Dynamos to new heights depends.