Skip to content
Home/Corporate Social Responsibility, News/Power Dynamos: How it all started

Power Dynamos: How it all started

Meyton Kaira glanced across the field at the now silent Ndeke Primary School football ground. He had a smile on his face. The far-away look in his eyes told the story of a man who had played his part in making history. He had formed his little football club, using his own resources, without any shortage of enthusiasm. After a series of broken windows in countless training sessions, he was asked to immediately vacate the school facility.

He approached the young Kitwe businessman, Peter Mashambe, who ran the Mapili Ground in Ndeke for assistance, but a crowded schedule would not allow any more teams to be accommodated there.

Scratching his head, he had scanned the horizon and walked many kilometres in search of a location where he could set up. He finally decided on the old Archery club, abandoned since the closure of the old Kitwe Airport.

Kaira, as a means of contributing to his community and from a lifelong love of football, started a team that would go on to be recognised as among the elite of Zambian football. In the early days, he had gathered a humdrum mixture of wannabe players – mainly school kids – and those from the community who just liked to have a kickabout. 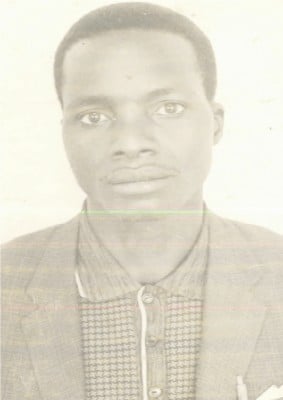 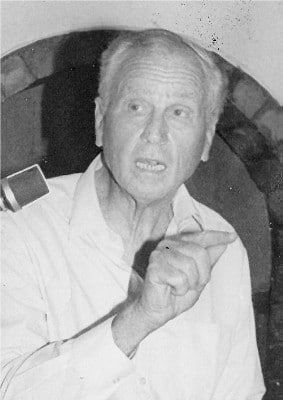 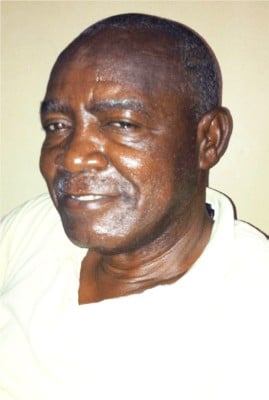 After several seasons and the team holding its own in the amateur league, he was approached by the former football referee and Copperbelt Power Company, CPC, employee Arthur Davies. The year was 1971. Power Dynamos Football Club began its journey to the top.

Arthur Davies, the General Manager at Copperbelt Power Company, decided that he needed to build a team in the image of his beloved Welsh team Swansea City which wore an all-white strip. Also a Leeds United fan, he also favoured the Yellow kit of the Yorkshire club. Both colours would feature prominently in Power Dynamos kits over the years.

Davies, through guile and prudent use of resources, built the Arthur Davies Stadium, adjacent to a disused airstrip in the Ndeke area of Kitwe. It was a simple metal that would soon be turned into an arena of excellence and success.

To build a club worthy of challenging for honours, he first sought out the services of players from the lower ranks and added a sprinkling of tried and tested pros who, while considered past their best, would bring much-needed experience and glamour. In came Richard Stephenson who had graced the Kabwe Warriors team with class and skill. At his peak, he had been a national team stalwart.

Later, Arthur Davies raided the First division’s bright stars as Alex Chola was smuggled out of Mufulira – much to the anger of Mufulira Blackpool fans who declared Mufulira a no-go area for Power Dynamos supporters. Bizwell Phiri, the star player of Lusaka Tigers also left town ‘quietly’ to join a long line of incoming players.

The first cup success in 1979 was followed by what was to become another first for Zambian football. In 1982, Power Dynamos made history by becoming the first Zambian team to reach the final of a continental cup final when they faced Egypt’s Arab Contractors in the 1982 Cup Winners Cup final. The Kitwe side were disadvantaged by the Confederation of African Football, CAF, when they insisted that the final be played in the capital city. Power Dynamos had to shift base to Lusaka. To reduce the impact of the move, Davies dispatched his top groundsmen to Lusaka where they camped and turned the average pitch there into a sea of lush green turf on which the team could display their neat brand of passing football.

The match was an even affair until a mistake by Blackwell Chalwe changed the course of the match when he inexplicably let the ball bounce out of his hands into the net giving Arab Contractors an unexpected advantage. Dynamos, despite a nonstop onslaught with Alex Chola carving open the midfield and Peter Kaumba ravaging down the left flank, desperately sought an equaliser. With the clock running down the north Africans bid their time and struck with a counter attack to make it 2-0. It would prove to be a bridge too far for Dynamos. Two more goals in the second leg in Cairo ended their dream with a 4-0 aggregate score.

In defeat, however, Dynamos had shown that they had a side capable of challenging the best the continent had to offer, emerging runner-up in a field of almost fifty entrants.

Two years later, they would show themselves the best team in the land when they won their first ever league title in 1984. It was achieved in magnificent fashion, beating a skillful Mufulira Wanderers team 4-1 under floodlights, leading to mass celebrations in Ndeke and Ndeke Village with fans dancing in the streets and a few headaches the following work day at Copperbelt Power Division. Davies looked on from the VIP Stand, arms spread in celebration at the end, before making his way down to the field where he joined the jubilant team that had stopped their cross town rivals from making it three in a row of league successes. Later, a string of gifted officials would follow in Davies’s footsteps with Hanson Sindowe, and later London Mwafulilwa driving the club’s ambitions forward.

The following year, 1985, Dynamos would come agonizingly close to a second successive league title, losing out on the final day at home to Nkana, with both teams tied on points, and the Wusakile team winning the crucial match 2-0 to break Dynamos hearts. The title would then shift across the dual carriageway for four of the next five seasons until Dynamos retained the title in 1991. Even greater than the league championship win in 1991 was the team’s victory over Nigeria’s BCC Lions in the Cup Winners Cup, renamed the Nelson Mandela Cup in honour of the great African leader.

A 3-2 loss in the first leg in Nigeria was overturned with a 3-2 win in Lusaka. When the ball bounced off Webby Chilufya’s thigh for an own goal to give the Nigerian’s the lead, it brought back flashes of Blackwell Chalwe’s error nine years earlier. This time though, led by the inspirational captain Wisdom Chansa, they rallied back and goals from the Richard Sikanyika and Wedson Nyirenda gave Dynamos an unassailable 3-1 lead and a 5-4 aggregate score that gave the yellow half of Kitwe, and Zambia, her first- ever continental title.

The following season, however, the team was broken up by a player strike that led to a one-season ban for most of the players. As a result, Wisdom Chansa left for South Africa, joined by Robert Watiyakeni at Lenasia Dynamos in South Africa, Richard Sikanyika was due to join Kaizer Chiefs but was struck by illness. Edwin Katongo retired a couple of seasons later and the great generation of stars passed on the torch.

Such was the depth of the squad at Power Dynamos’ disposal that despite the breakup of the team that won the Nelson Mandela Cup, they were crowned domestic champions three years later in 1994, largely with players who had been elevated from the reserve team, among them Sunday Kalunga, Kellys ‘Paymaster’ Mwaba, Gibson Shikilwa, Zifa Nkhoma and also Milton Kaira’s own son Mike, who was a prolific goal scorer during his time at the club.

In 1997, again three years after their last success, Dynamos won the league once more. The team was on a roll. Though they were unable to replicate their African Cup success, they were continually a force on the domestic front. The year 2000 also brought another league title. The post- Mandela Cup generation were largely behind the achievements of the latter nineties and early 2000.

A long run without a league title followed between 2000 and 2011. It was to be the leanest spell in the teams history, though there were cup victories in the Charity shield in 2004, 2006, 2012, 2013 and 2016. The changing tide in the club’s league fortunes was brought about by the ability of parastatal companies to outspend their rivals. The likes of Zesco United, and Zanaco were the main beneficiaries of this era. A rejuvenated NAPSA Stars has since joined the list more recently.

The 2011 victory came on the back of several close calls and in-between Power Dynamos were runner up, most recently in 2013.

In the post-ZCCM football era, Power Dynamos have punched above their weight with the team still among the most followed and are regularly in contention for places in continental football. Their youth development policy is one of the best in the country and they churn out some of the most exciting young talent in the domestic game.

For a team that began its genesis in the mind of Milton Kaira, they have come a long way over several decades and shine the light for Zambian football as a household name in the African game, their name etched in African football history.