The availability of strong private actors operating in a fair and level playing field is a precondition for a thriving energy sector, says German Ambassador to Zambia and Special Representative to COMESA, Dr. Anne Wagner-Mitchell.

The envoy, who undertook an orientation visit of the Company on Friday, 17 September 2021, expressed optimism of an improved business environment going forward adding that the Government would do good to promote negotiations between the parties (CEC and ZESCO), considerate of the interests of both sides in coming up with a commercially viable and mutually beneficial agreement.

Upon learning of the services that each utility derived from each other in delivering energy solutions to various users in the Copperbelt Province, Dr. Mitchell described as remarkable, the co-dependency between the national power utility, ZESCO, and CEC.

After her visit to the 1MW Riverside solar plant, the Ambassador said it was important for the country to diversify its energy sources in growing its energy sector. She described as impressive that the solar plant, which has the added benefit of supporting practical learning and research, was providing learners from the Copperbelt University with real life learning experience.

Board Chairman, Mr. London Mwafulilwa, assured the Ambassador that CEC remained resolute in expanding its contribution to the energy sector and that in its quest to actualize a diversified power sourcing portfolio, the Company was not only steadily emerging as a credible off taker of power from independent power producers, such as Dangote and Lunsemfwa, but was equally actively investing in power generation projects especially in the renewable energy space.

“The 1MW solar plant has served as a learning curve for us and in the next 12 to 14 months, the plant will have its capacity expanded to 25MW, as matters relating to land usage have been given clearance by the local authorities,” Mr. Mwafulilwa said.

The event in pictures 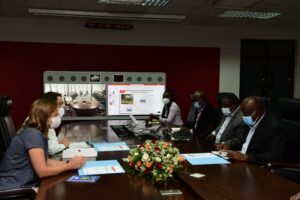 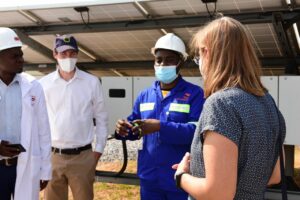 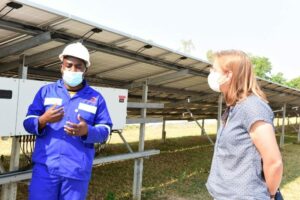 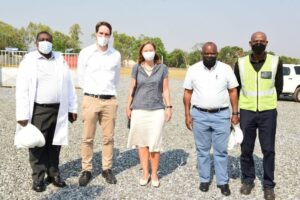