The Company has today announced a US$20,000 partnership with Diamond Television to air live Qatar 2022 FIFA World Cup matches.

Speaking during the sponsorship presentation ceremony in Lusaka today, Managing Director, Owen Silavwe, said CEC is always proud to partner with the community and through Diamond Television, it had this time partnered with the Zambian community to show the Qatar 2022 FIFA World Cup.

“CEC is very passionate about football and sponsors the best football team in Zambia, which is the team to watch this year. What we are giving back to the community is a version of bigger things to come in terms of Power Dynamos winning the league. More importantly, it’s that period of the four years when FIFA hosts the World Cup and this year, it’s coming in November and December, meaning that even school children will be able to watch. So, what a time to be partnering with Diamond TV and be able to bring the World Cup to the many Zambians, including students, who now have the possibility to follow this World Cup.”

And Diamond Television’s Chief Visionary Officer, Costa Mwansa, said partnerships and support from corporates such as CEC, who’ve shown belief in the efforts a local television enterprise is making had made it possible for Diamond Television to acquire the rights to show the games, which is not an easy feat. 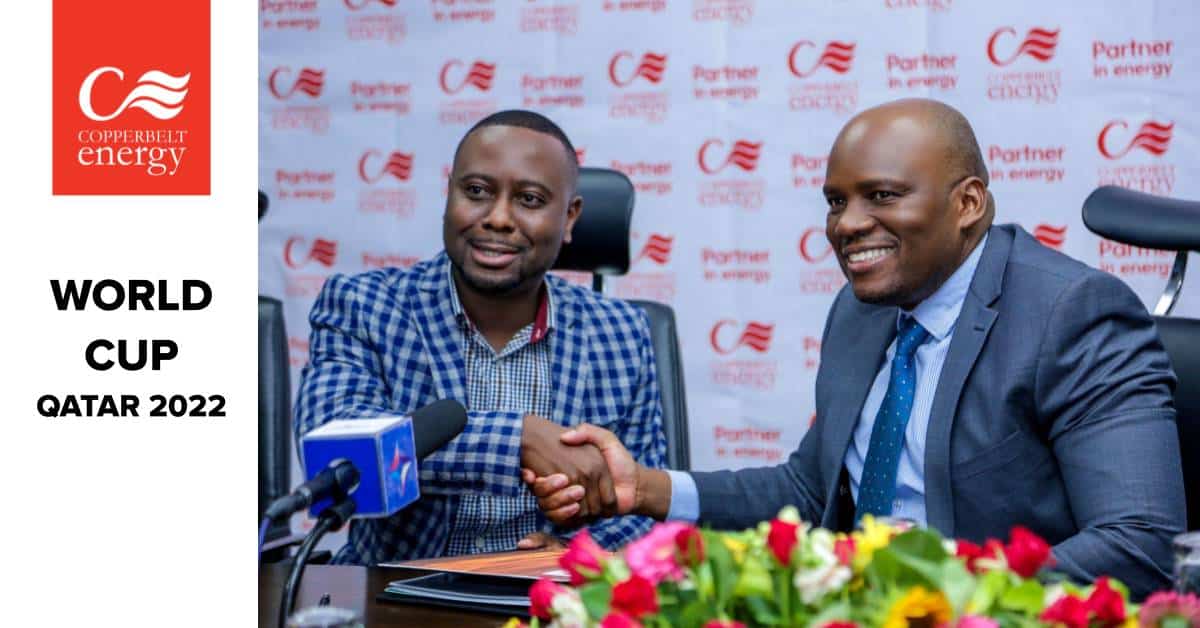 “We are just about the only local station to be awarded rights to air the games, and with only three days to go before the kickstart of this epic showpiece, which happens once every four years, I’m proud to say that we have on board four partners, that obviously include Copperbelt Energy Corporation, that have supported and enabled us to completely acquire the rights. I’m excited that we will be able to bring these games to the homes of many Zambians through the various platforms on which we broadcast,” Mr. Mwansa stated.

Diamond Television will air 28 live matches, starting from the group stage to the finals, to an audience of more than 4 million viewers on the different channels it broadcasts as well as its own and third-party digital platforms, including Channel 271 on DStv, Channel 99 on Gotv, Channel 110 on TopStar, DStv Now and Airtel TV apps.

The 2022 edition of the football World Cup is being hosted by Qatar and will run from November 20 to December 18.