In his time, he was a colossus. A player who could bring opposing defences to their knees singlehandedly. His mere presence doubled the gate at league matches and for a period of five years he was the unmatched star player of his generation.

Peter Kaumba stands out as one of the all-time great players in the history of Zambian football. Born on 31 March 1958, he began playing football in the dusty streets of Wusakile Mine Township, T- section, in Kitwe. The son of a mine policeman, he started school at Wusakile Primary School before moving to Miseshi Primary, another school in the mining community. His secondary school education took place at Kitwe Boys Secondary School.

During his early youth, Kaumba played football near the Wusakile Women’s Centre opposite the catholic church in the township. It was from here that many of the players who would later make their mark in Zambian football emerged.

The organisation of sport was the responsibility of the community services department in the mines, and they ran youth clubs in the compounds that housed the miners and their families. The team from Wusakile played against opponents from Chamboli, Mindolo and other mining areas. The best players would then be incorporated into Kitwe’s youth teams.

When the former professional player, Fred Mwila, returned from playing professional football for Aston Villa and Atlanta Chiefs in the USA, he was involved in grooming youth players in the mining communities and Kaumba was one of the thousands of players who came through the ranks to play for the Kitwe youth sides.

Running parallel to the community services were the school leagues and Kaumba was an active participant, featuring regularly for the teams in different age groups. The best players were selected into the district team and would then take part in matches against teams from the neighbouring towns of Luanshya, Mufulira, Chingola and Chililabombwe in regional competitions. It was in this climate that the youth of the Copperbelt honed their football skills.

In his teens, Kaumba was unable to get onto the youth programme at Rokana United and so was taken to the lesser side, Mindolo United, where he got his first taste of league football.

“There were so many stars at Nkana. Bernard Chanda, Mark Masambuko, Brighton Sinyangwe, Moses Simwala and Nelson Sapi. All those players were there so it was very difficult to break through,” Kaumba recalls.

At Mindolo United, Kaumba settled down, and under former Rokana player Billy Hanzala who coached the team, he began to develop into a formidable player. In his first season, he emerged as the club’s leading goal scorer with over forty goals.

In his second season, Power Dynamos swooped to sign him, and it was there he started to catch the public eye. He joined Richard Stephenson, Hudson Kamfwa and Abel Mwelesho who were already established at the club and was easily assimilated into the team. After two seasons, Dynamos won promotion to the country’s top league, the then first division.

Arthur Davies, the man responsible for taking Power Dynamos to the top league, went on a spending spree and signed the best players in the market to strengthen the team. In came Alex Chola, carted away from Mufulira Blackpool in the dead of the night in the fashion of that era, and a whole host of other stars including Michael Musonda and Lucky Msiska.

With the waning fortunes of Kitwe United Football Club, Power Dynamos found a large group of fans who couldn’t stomach supporting bitter rivals Nkana so these joined their ranks. This swelled the Dynamos support base and was to be the start of a new rivalry that would eventually become the biggest in the Zambian game.

The Power Dynamos team turned Zambian football on its head with its professionalism, high wages and the stream of star players joining the club. They began to compete against the more established giants – Nkana, Mufulira Wanderers, Green Buffaloes, Kabwe Warriors and Nchanga Rangers.

In 1982, Zambia travelled to Libya to take part in the Africa Cup of Nations, having failed to qualify two years earlier for the tournament in Nigeria. Kaumba had played an important role in the team getting there and once the tournament got underway, he would prove himself to be one of the best players on the continent with his powerful running down the left flank. Zambia got to the semi-final against the host team, Libya.

The going was never going to be easy. Kaumba believes that the referee influenced the outcome of the match with Zambia losing 2-1 despite scoring first. Kaumba’s 29th minute goal gave Zambia the lead before Libya scored twice. Kaumba ended the tournament on three goals and was voted into the tournament’s best 11 team.

Later in the same year, 1982, Power Dynamos became the first Zambian team to reach the final of a continental cup when they faced Egypt’s Arab Contractors over two legs. The final turned out to be an anticlimax with Dynamos losing the home tie, 2-0 and the second leg by the same score line. The final was moved away from the Arthur Davies Stadium in Kitwe at the insistence of the Confederation of African Football (CAF). 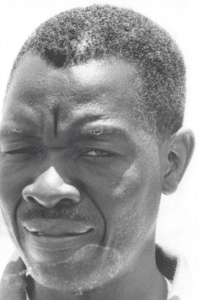 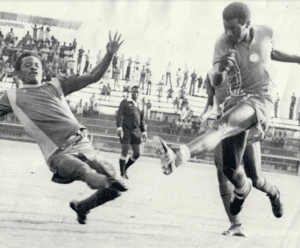 Kaumba is convinced that had the match been played in Kitwe the outcome would have been different.

“There was some political interference from the Confederation of African Football so we had to face them (Arab Contractors) in Lusaka at the Independence Stadium. Had we played at Arthur Davies, I’m sure the story would have been different. We conceded silly goals and missed a lot of chances in the first half,” Kaumba recalls.

Despite the loss, Dynamos travelled to Egypt two weeks later in good spirits. Kaumba believed that they had what it took to get a win.

“I had played in Egypt before, beating their national team in an invitation tournament and after this we thought we could do it there. We, unfortunately, couldn’t. They had the support. That ground was filled. It’s a ninety-thousand-seater stadium. When we had the ball, the entire stadium was completely silent but when they got it there was mayhem in the stadium. It psychologically affected the young players in the team,” he recollects.

The loss, while bitter, gave Kaumba some sense of achievement for having been part of the first Zambian team to get to the final; in effect, putting Zambia on the football map.

A year later, in 1983, Power Dynamos were invited to play in the Rothmans Cup in Cote d’Ivoire. Arriving as underdogs, they went on to win the tournament playing alongside top sides from the continent such as Tonnerre de Yaounde and Africa Sports of Abidjan. The team’s performance in both the Cup Winners and Rothman’s Cups raised both the profile of the Power Dynamos team and key players, among them Kaumba and Alex Chola. As a direct result of their success, they were signed on by Ivorian giants, Africa Sports, becoming the only Zambian professional players at the time.

Kaumba was elated at the prospect of fulfilling a lifetime dream of playing professional football. Prior to their arrival in Abidjan he had been summoned for a trial at the French club, Caen, when he was suddenly picked up from the hotel and flown to Abidjan to see the Africa Sports president Simplice Zinsou, son-in-law of the then Ivorian president Houphuet Bouagney. Kaumba returned to Kitwe while the transfer was being finalised and flew back with Alex Chola to begin their careers in Abidjan.

The duo settled down easily and soon became crowd favourites. Zinsou’s plan was to turn the club into African champions but they were not able to win the crown, losing out in the first round to Togolese side, Semasse Sokode. Later that year, Kaumba and Chola returned home to rejoin Power Dynamos, happy to have made their mark in Cote d’Ivoire and financially better off than when they left. Kaumba returned to Zambia feeling proud but ruing not having had the chance to play in Europe.

“Although I would have loved to play in Europe, I did not have that chance but to those who have had that chance all the best to them,” he surmised.

Kaumba received rapturous applause on his return to Kitwe. He was into his third match on his return when the event that would shatter his football career happened. He had come off the bench in a cup match against Kabwe Warriors in Luanshya when a needlessly crude tackle by the Warriors defender, Spider Chibale, destroyed the knee of a legend whose absence from Zambian football would become a loss to the game both in the country and across the continent.

In later years he would delve into coaching, taking Power Dynamos to the league title in 1997. He went on to manage Green Buffaloes, Kitwe United – which he led to their first trophy in 33 years when they won the 2004 BP Cup final – Zamtel, Konkola Blades and NAPSA Stars.

Kaumba’s departure from playing would leave Zambian football all the poorer for his absence. Never again would Zambian football be graced by so powerful a figure who could, at his peak, rip through the opposition with such pace and power. 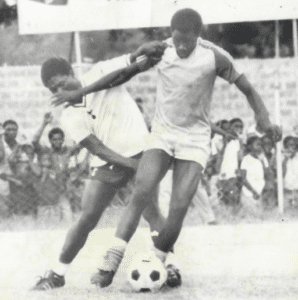 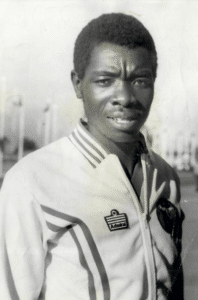 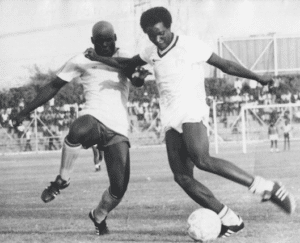